Not a great way to start a vacation…

If only someone had told me that it is important to know the Latin names for food allergens. On our very first full day of our vacation in Hawaii many years ago, my husband and I diligently applied sunblock on our children’s arms and legs so that they would not be sunburned from our day’s adventure. Imagine my horror of seeing one of my boys covered from head to toes in hives! We had no idea what happened or why but I rushed back to our hotel room with my little guy, gave him Benadryl, washed off all the sunblock, and applied cold compresses while watching him carefully while he slept off the antihistamines. No more sunblock for the rest of the trip!!

It didn’t occur to me that the hives could have been a food allergy related issue and went to see our dermatologist about the incident who advised that he could have been allergic to any of the chemicals in the sunblock, so it’s best to minimize our usage of sunblock in general and use only zinc oxide or titanium oxide based sunscreens. Eventually I found Vanicream sunblock which is very hypoallergenic and works for our family. But not knowing what happened and why bothered me for years. It wasn’t until I searched online that l discovered that both types of sunblocks we used caused problems for other people with peanut allergy possibly due to an ingredient called “arachidyl propionate.” When I called the manufacturers, they denied that the chemical was derived from peanuts (Latin name Arachis hypogea). Since I had long since thrown away the product, I didn’t pursue the issue and continue to avoid any products that have an ingredient that is similar to Arachis.

Top 8 food allergens are required to be listed in food products using clear and easy to understand English. However, non-food products such as shampoos, lotions, make up, medication, etc. do not have the same requirement. Ingredients may be listed using a scientific name. A list of Latin names of some common food allergens that allows me to cross reference whether an ingredient might be derived from a food allergen. My friend Dani asked me to share my list recently, which I did but later decided to update the readability of the list and add a few more allergens. 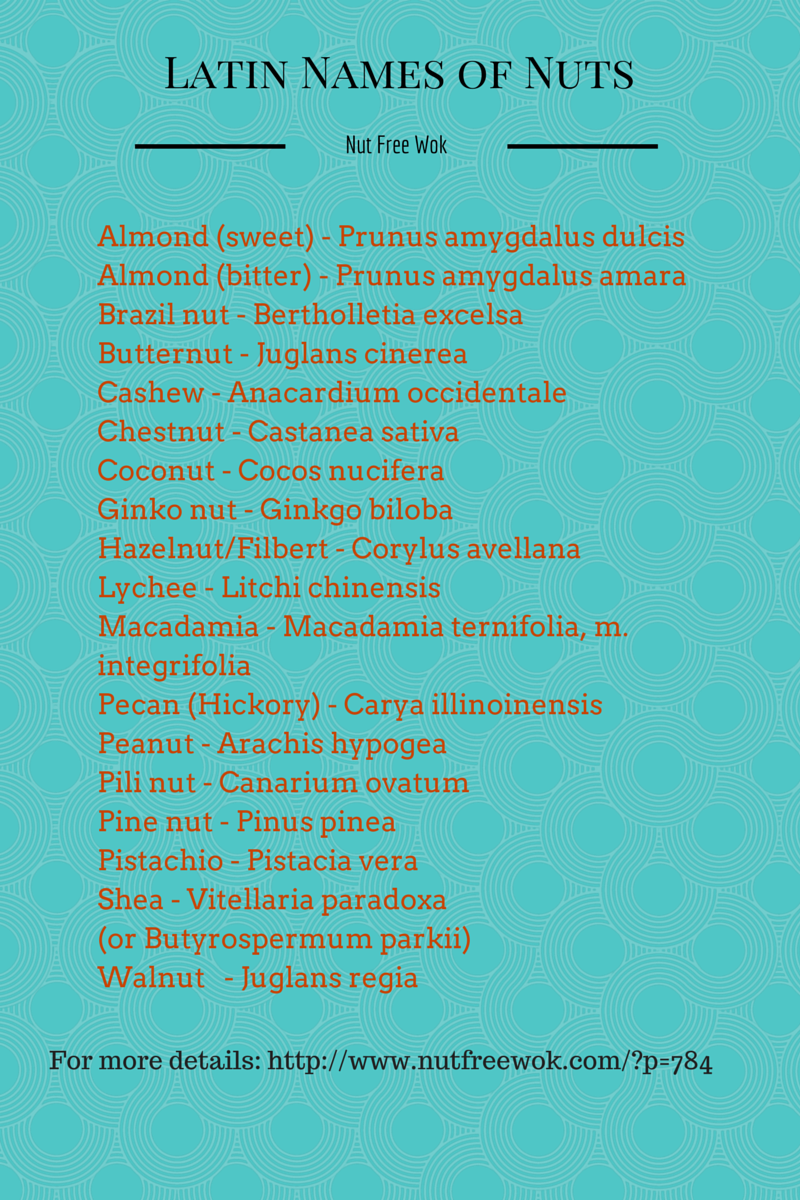 I have included peanuts and tree nuts, some of our family’s allergens, and some foods that are commonly used in products but this list is by no means comprehensive, please ask your medical professional if you have any questions. If you want to look up the Latin names of other foods, I was able to find a lot of great information via the InformAll Allergenic Database. I’ve created some graphics that you can copy and save from Nut Free Wok’s Facebook page: Latin Names for Peanuts and Tree Nuts, Latin Names for Allergens in Products.

UPDATE: People with peanut allergies need to be aware that lupin (lupin albus) have been associated with allergic reactions.

UPDATE: I found the FDA’s official list of tree nuts, which includes some non-edible tree nuts that might have some non-food use. As the list is growing, I highlighted the nuts in a brownish nutty color (even though I want to highlight them in RED!). 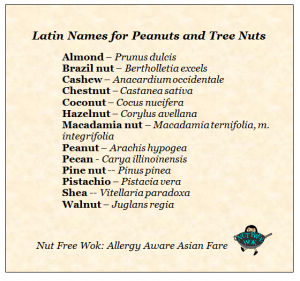 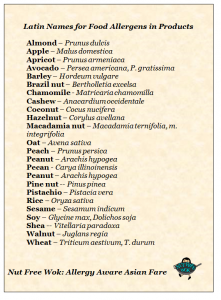 About Sharon Wong 215 Articles
Welcome to Nut Free Wok, a blog about Allergy Aware Asian Fare. I hope that you will find my food allergy mom experiences helpful and enjoyable to read as I write about recipes, cooking techniques, Asian ingredients, and food allergy related awareness and advocacy issues. My professional experiences include education, teaching, and a little bit of science and computers. Thank you for visiting! ~Sharon Wong, M.Ed. 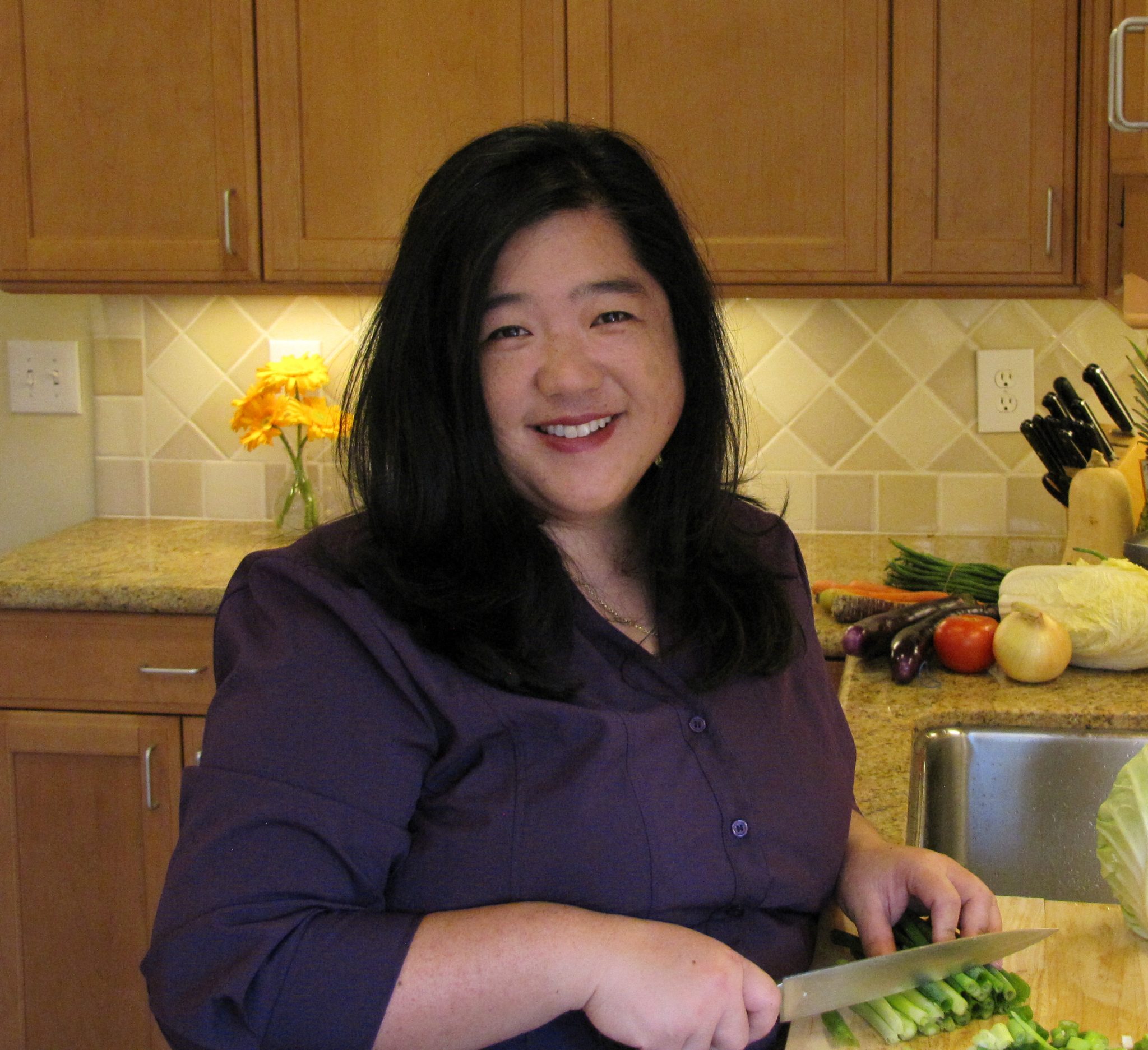 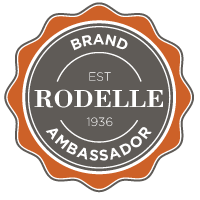 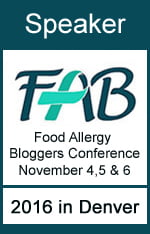 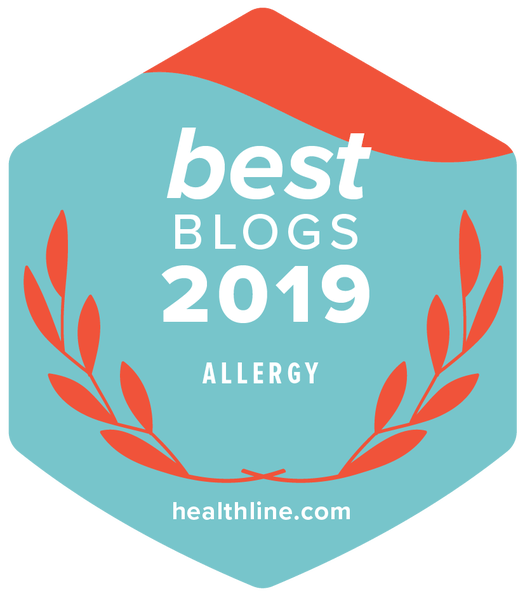 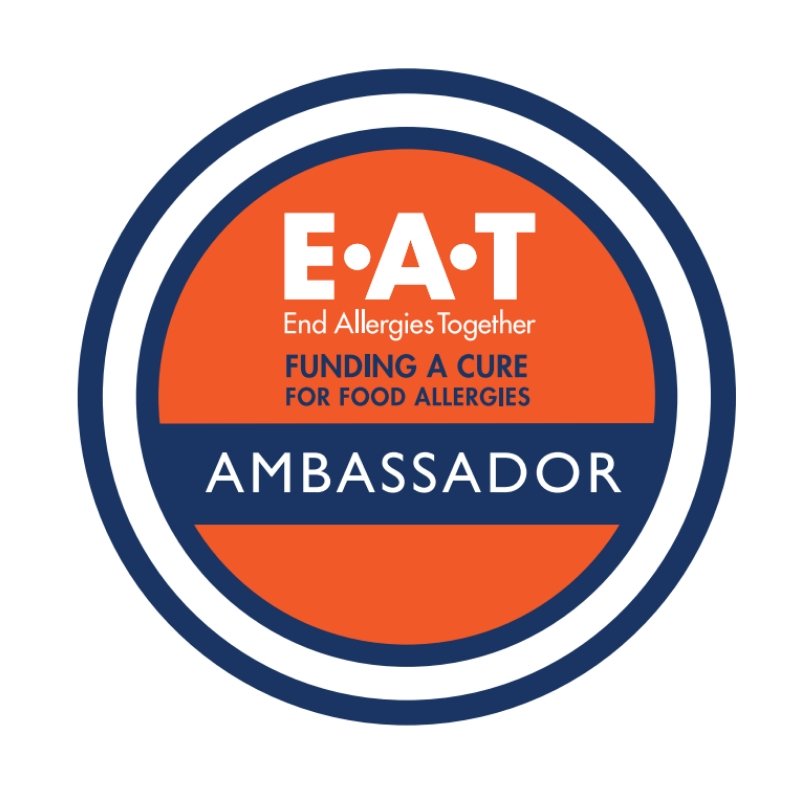